Provider of visitor interpretation systems Outside Studios were appointed by Malvern Hills District Council to produce a set of wayfinding boards to be placed around the town of Great Malvern. The illustrated map signage is intended to increase dwell time and promote further exploration of the town’s interesting features.

Lovell Johns were approached to create base mapping which would provide clear, street-level mapping to show the town’s road network on the wayfinding boards. Using OS open data, vector data was restyled and tidied to create a practical but aesthetically-pleasing base.

Walking routes were added to the map in a bright, contrasting colour, and the larger buildings highlighted in a darker shade and named.In addition a set 3D icons of key landmarks were drawn and added to the map in their respective locations. The wayfinding board’s map had to be rotated to give a ‘heads-up’ orientation, meaning some of the 3D landmarks had to be redrawn to be viewed from the appropriate angle.

Several different orientations of the illustrated maps were saved as print-ready files, ready for the agency to create interpretation boards for placement at key locations around Great Malvern. 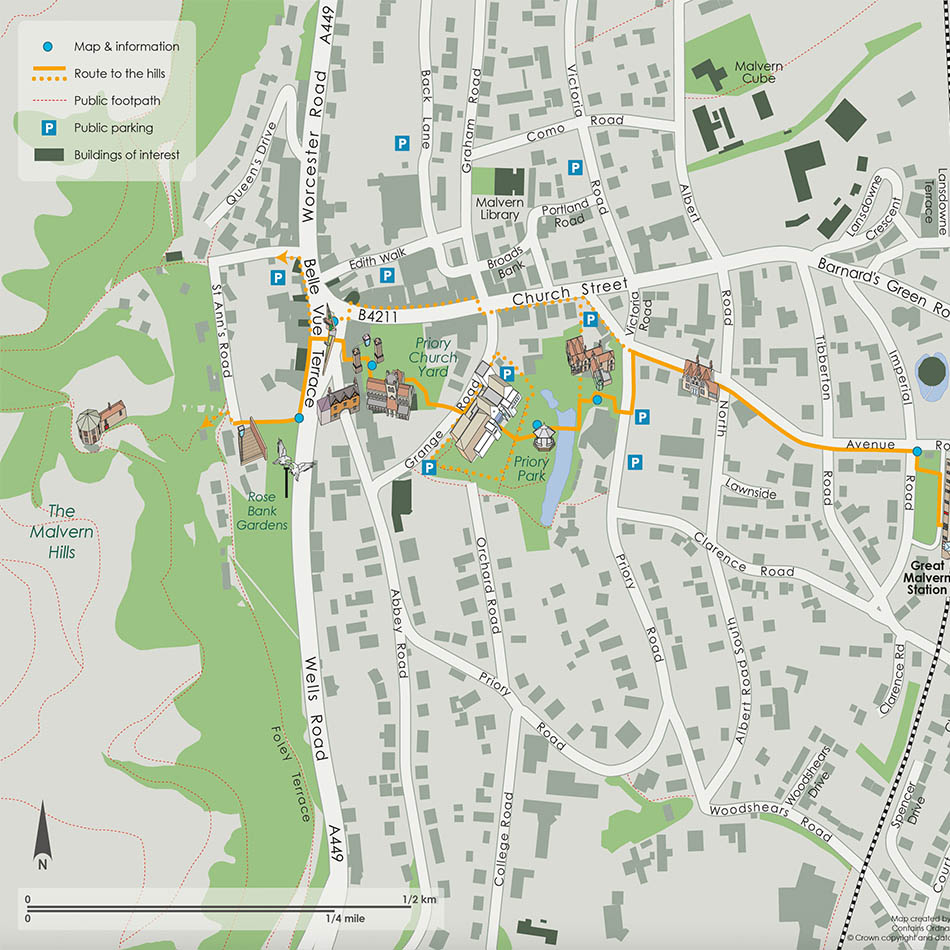 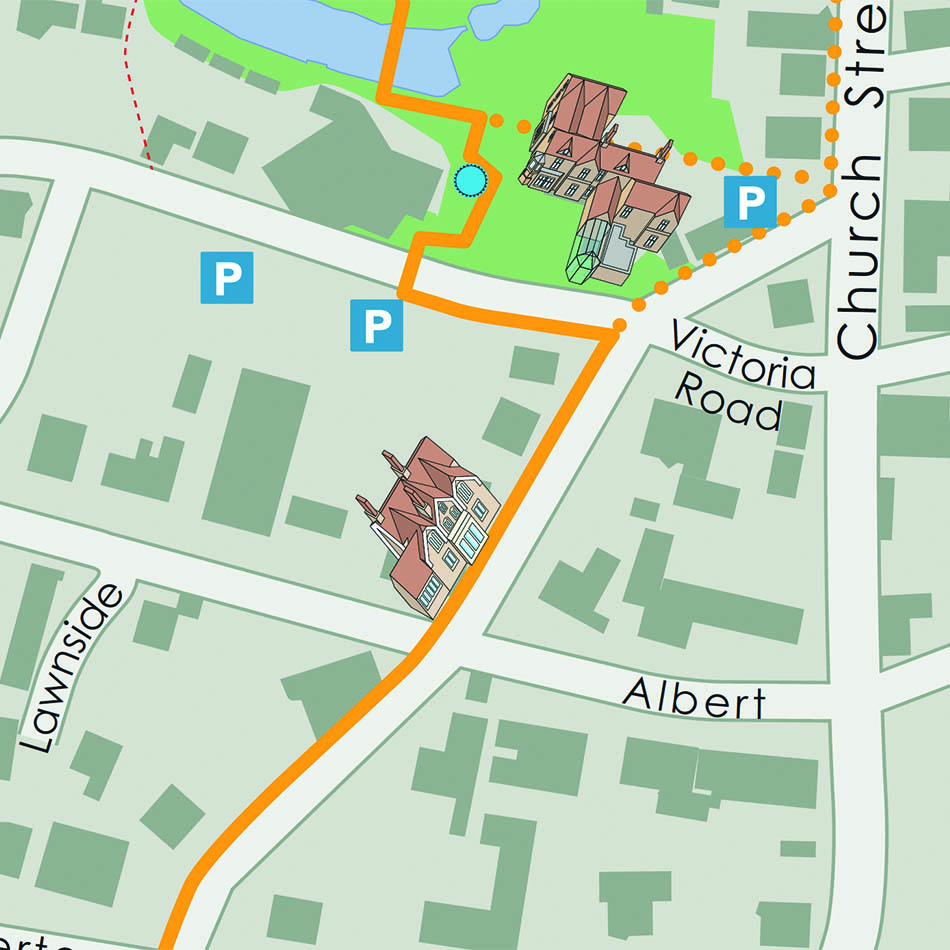 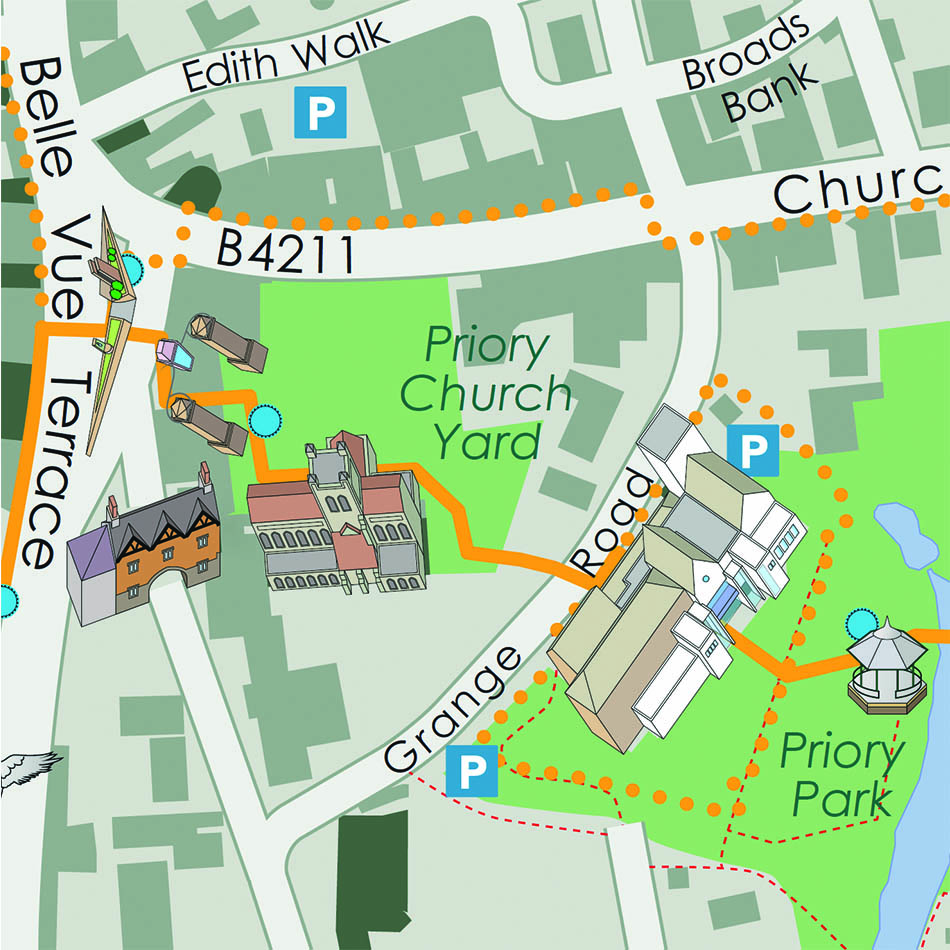 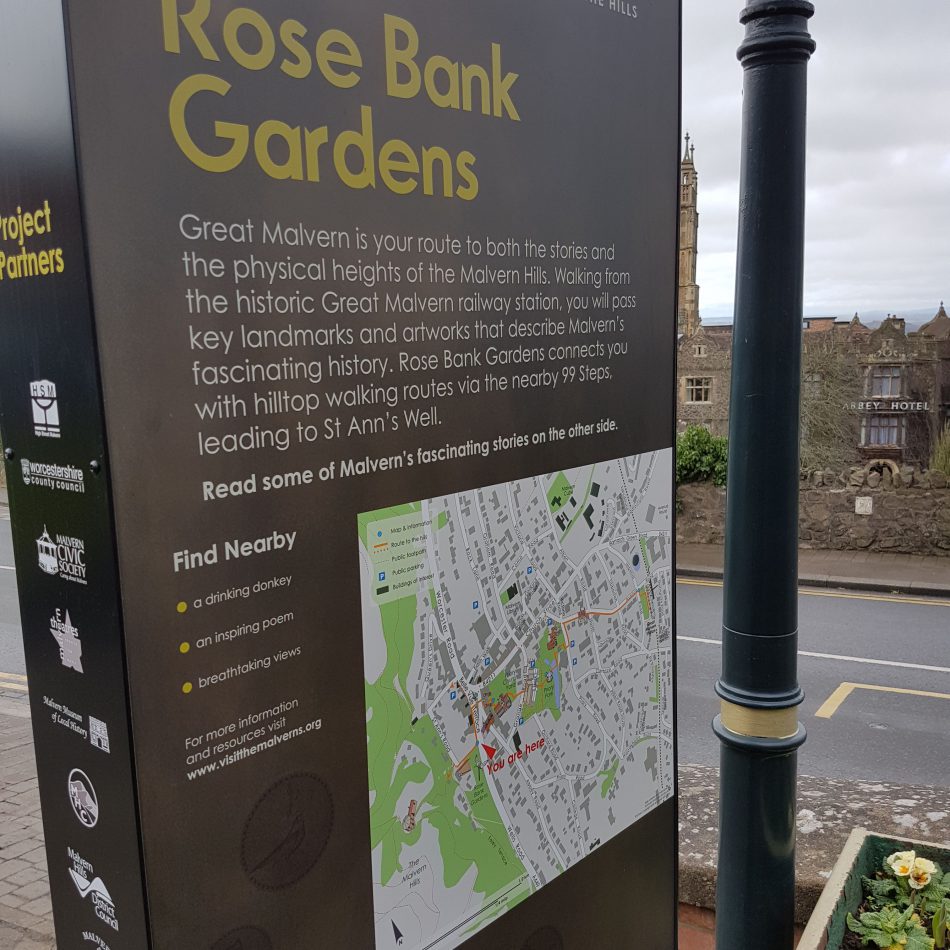