Lovell Johns were commissioned to design a wayfinding map to help get pedestrians from the rail/bus station to the business areas in Bracknell. Two maps were required to help direct people from Bracknell bus and railway stations to the two key employment areas  the Southern and Western Business Areas.

The client provided the suggested local routes in the form of sketches for a) traffic free and b) on-road routes. The sketches were digitised and added to the base mapping in distinctive colours and a matching key created. Certain key buildings, particularly the larger businesses, were drawn in 3D and added to the map for added interest. Centred on the rail station, 5 and 10 minute walking zones were added to the maps. As the primary purpose of the map is to get pedestrians from the rail/bus station to the business areas, the non-wayfinding areas of the map were faded back.

The maps will be supplied to businesses in both of the business areas as part of the on-going promotion of sustainable travel choices in Bracknell. 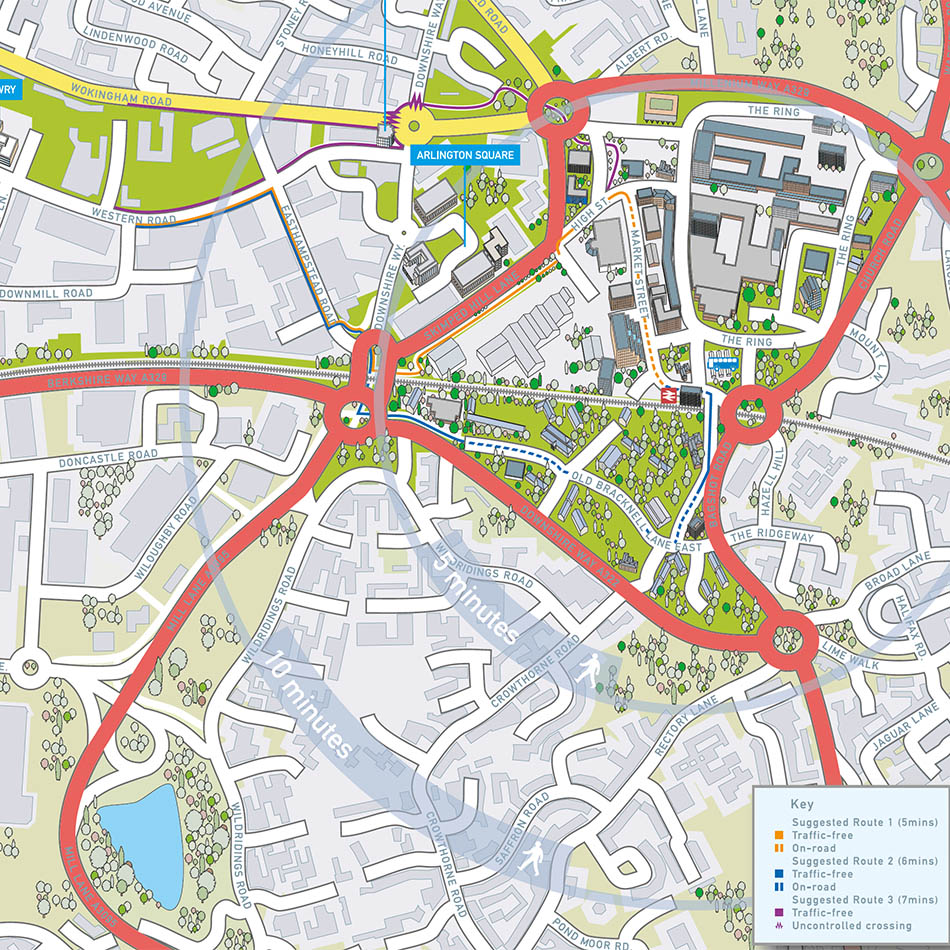 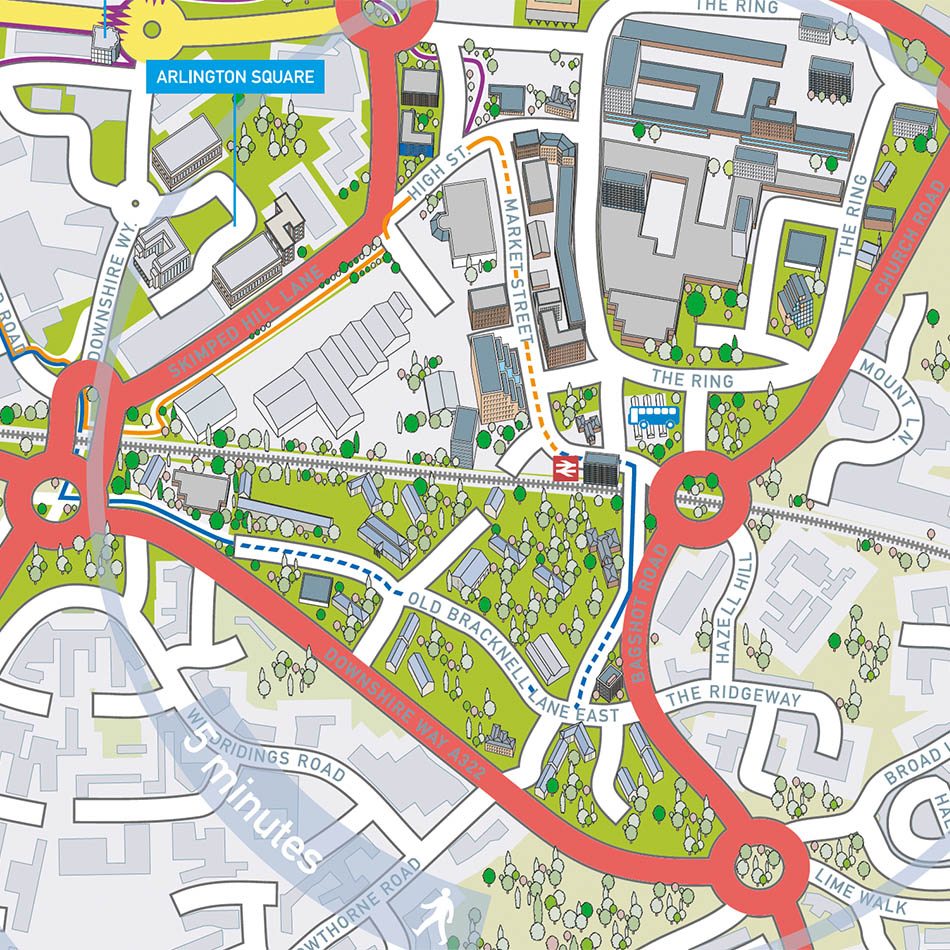 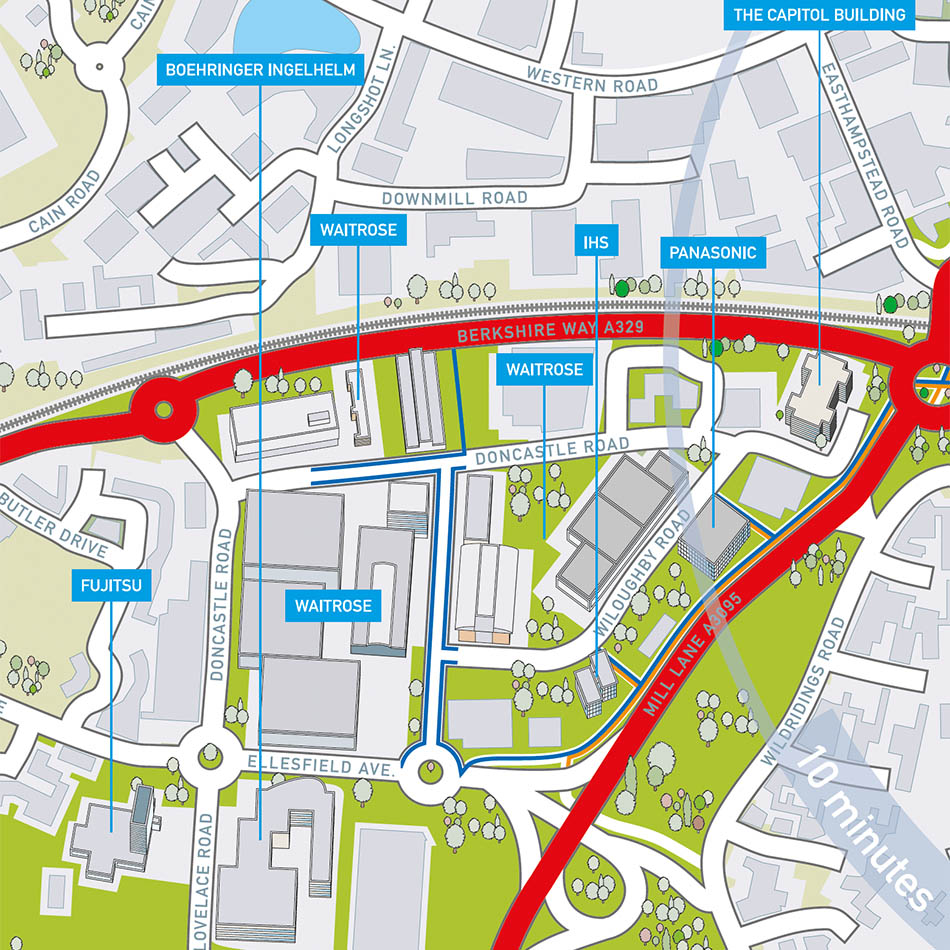