As this year marks the 50th anniversary of Lovell Johns, we thought it would be a great idea for you to get to know more about the staff, and their background. Therefore, we have decided to run a series of team stories, which will help you to better understand the history of Lovell Johns, and the individuals that make the company what it is. 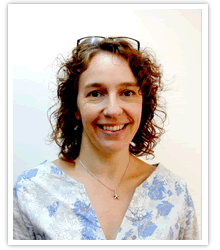 My mapping story begins when I was studying for A levels at school in Woking. I had a particular interest in drawing maps as part of the Geography syllabus and was surprised to be advised that there were actual jobs where I could do this all day! A discussion with the careers advisor pointed me in the direction of an HND in Cartography and Surveying at Kingston College, and I was accepted onto the two year course. I have to admit that I had given little thought to where this qualification might take me, but after a year, I applied for a job as a Trainee Cartographer with the Mapping and Charting Establishment in Feltham (now the Defence Geographic Centre). I completed my Diploma part time over the next year, fitting in with my workplace training. At the time, MCE would recruit large groups of school- and college-leavers and train us in the art of cartographic production. I learnt how to scribe, to draw with mapping pens, and how maps were made by conventional means, including photogrammetry, for which I had a particular interest. There was little focus on digital mapping, as this was still in its developmental stages (I am talking a long time ago!)

Once training was complete, I was released as a Mapping and Charting Technical Grade 1 into a drawing office, where I was let loose with pens and Permatrace to make actual maps to be used in the military field. I worked for the MoD for 13 years, in a variety of different posts, learning skills which have formed the bedrock of my cartographic knowledge. It was an interesting time, as traditional skills were developing into the digital age.

I was subsequently offered a job as a Drawing Office Manager at the nautical charting company, Imrays, in Cambridgeshire. A move to the Fens was on the cards, to help set up a new GIS system and manage a small team during the transition from conventional production to digital. I stayed for eight years and again saw a great deal of development as the team went from pen and ink to GIS and digital production. During this time, I met my husband; another cartographer, so the move was clearly the right choice!

I saw an advert for a Project Manager post at Lovell Johns. I knew the name, as the company is well known and respected in the mapping field. So, Jim and I upped sticks to Oxfordshire for me to take up the next stage in my career. When I started at Lovell Johns in 2006, I was impressed at the knowledge and expertise the staff had, as well as the attitude that everyone has a valid opinion and no idea is beyond consideration. I have been involved in several large mapping solutions projects for the company and feel I have developed my knowledge hugely in that time. I now manage a team of six and I am still impressed by my colleagues and their ability to logically work through any issue that arises.

Having only been here for a few of the last 50 years, I can see how the company has developed and adapted to changing market needs, increasing our retail and online presence while still providing the mapping quality that first attracted me to work for Lovell Johns. The future looks bright as we adapt further, so here’s to the next 50 years!