Philip’s came to Lovell Johns with an Atlas Mapping requirement and to reproduce their flagship 1:100,000 Navigator road atlas. The atlas has long been a staple requirement for anyone requiring more detail than the usual scale of road atlas available.

This Atlas Mapping project was a large undertaking and involved nine months of production, from data preparation and selection to assimilate and edit the various data sets used, through cartographic tidying, editorial research, index generation and final page production for print. Lovell Johns liased with Philip’s throughout the production process to ensure that the distinctive look and feel of the mapping was kept intact.

The atlas has now been fully updated to a new specification and has continued to be a top selling product for Philip’s. Various versions have been produced from the new data, including a Truckers version with low bridge heights, as well as regional and sheet map extracts. 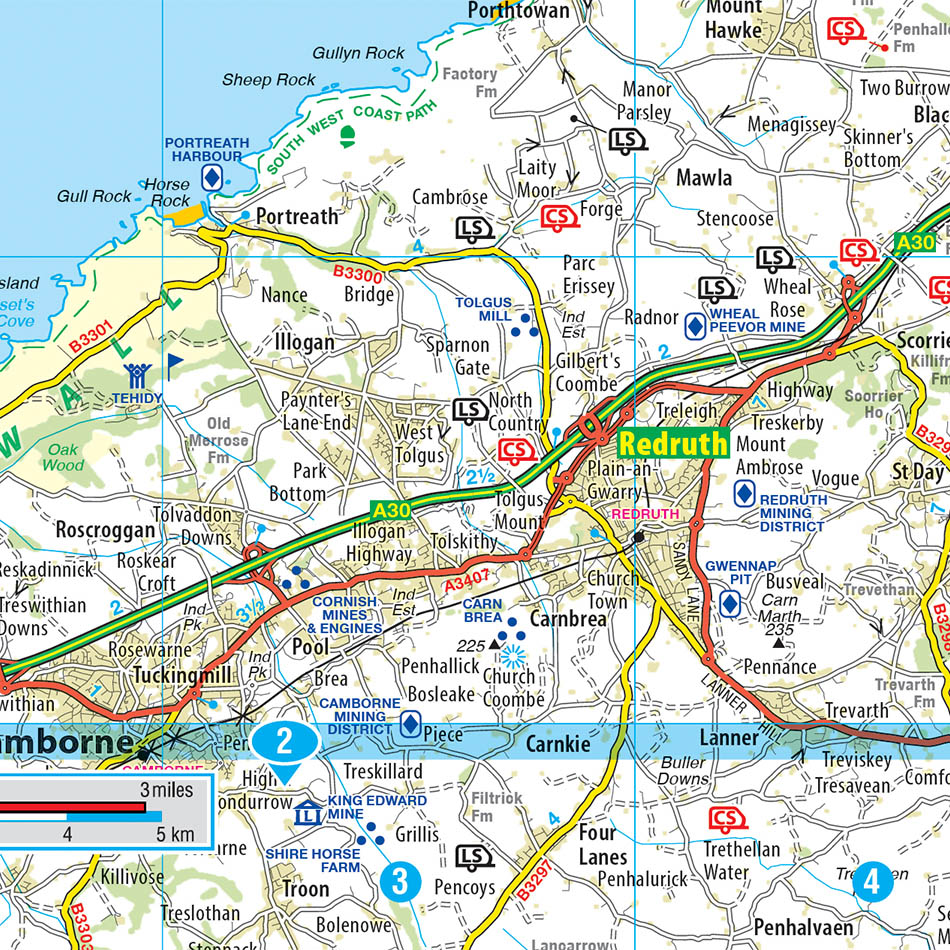