The Pebblebed Heaths Conservation Trust was set up in 2006 to promote the conservation, protection and improvement of this natural environment in East Devon.  The Trust approached Lovell Johns to make a new map of their site, to show off the biodiversity of the area and promote the various walking routes. The new design was required to show the diversity of ecosystems within the Heaths, as well as to encourage visitors to use the paths throughout the area.

Our staff visited the site to get a feel for the habitat of the heathlands and to develop a colour and pattern palette to represent the environment.

Using an iterative design process, Lovell Johns produced several versions to show prescribed walking routes as well as the type of vegetation across the site.  The detailed map is held in an editable format so updates can be made at any point in the future.

The map has been used on information boards throughout the site and has been well received.

Site Manager Kim Strawbridge commented: “The Pebblebed Heaths NNR is a complex area for visitors to understand, made up of a range of habitats and a myriad of paths and tracks which are not shown on OS maps. We were keen to create a map that visitors could use to explore the nature reserve, giving them the confidence to try new routes. We have used these maps on new information leaflets which enables us to communicate our key wildlife messages about the site via the hook of a free map, everyone loves a map! We now also have them as a key component on our new site interpretation panels. These panels also include a QR code which takes people to a digital version of the map that they can download to carry with them.” 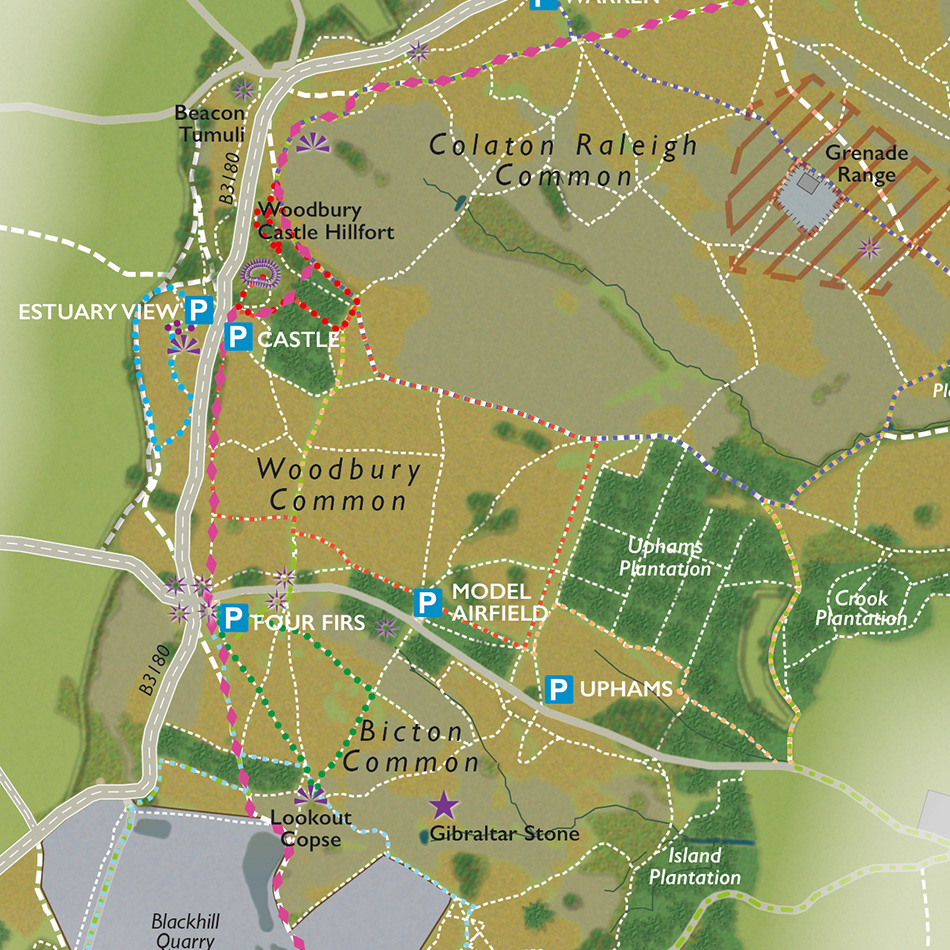 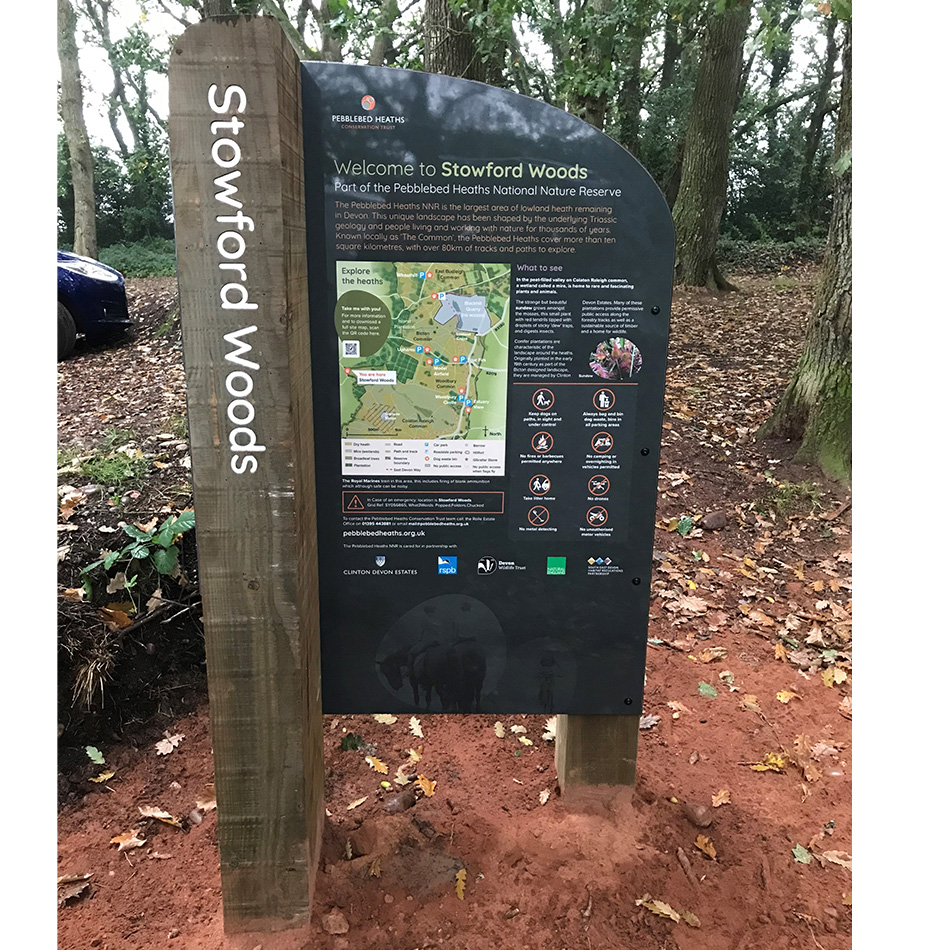 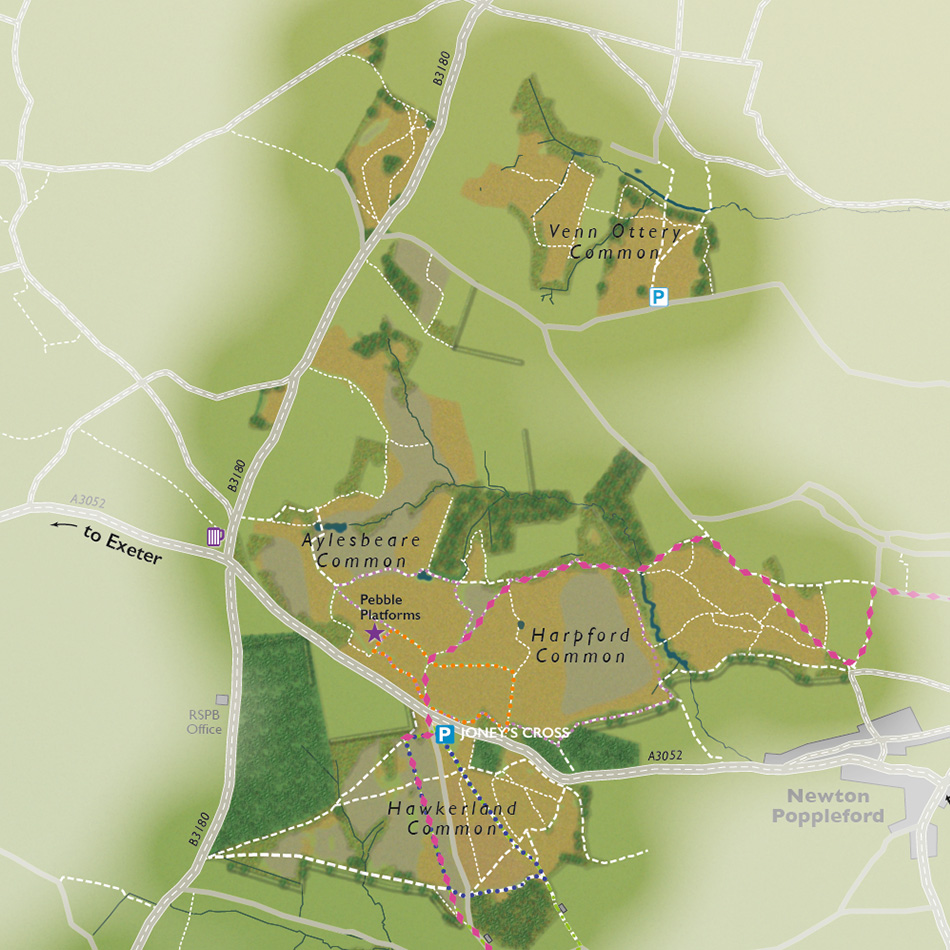