The Office of Publications for the European Union had a requirement for six maps of African countries to be added to a report for the Court of Auditors. The mapping had to show the main infrastructure of each country – roads, rail, rivers, etc., annotated with various additional information as referenced within the report.

Lovell Johns sourced GIS data at a suitable scale which was exported to a graphic format and edited as appropriate to show the required level of detail. The mapping was given a simple style, the reference roads were highlighted and the notes added in the same colour to aid clarity. Author amends were incorporated after the first set of proofs were submitted and the final set of maps delivered on schedule.

“Maps well received. Thanks a lot for the good work! I hope we will have the opportunity to work on other projects with Lovell Johns.” The Office of Publications for the European Union. 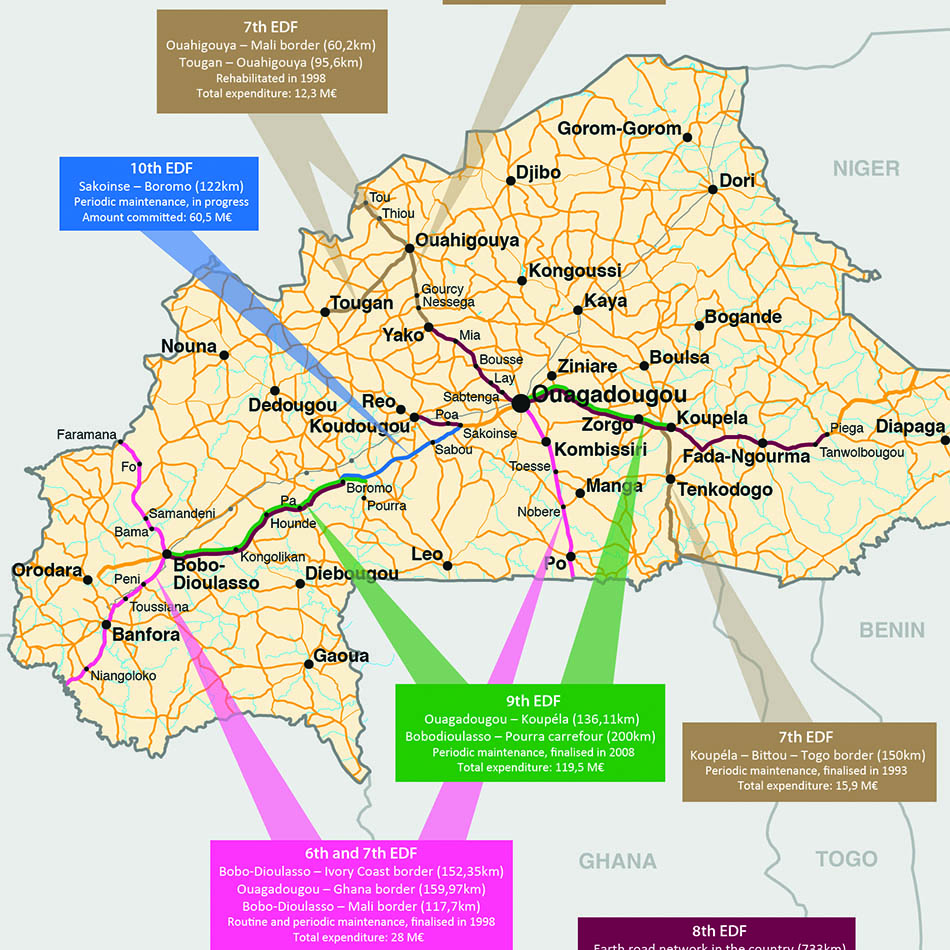 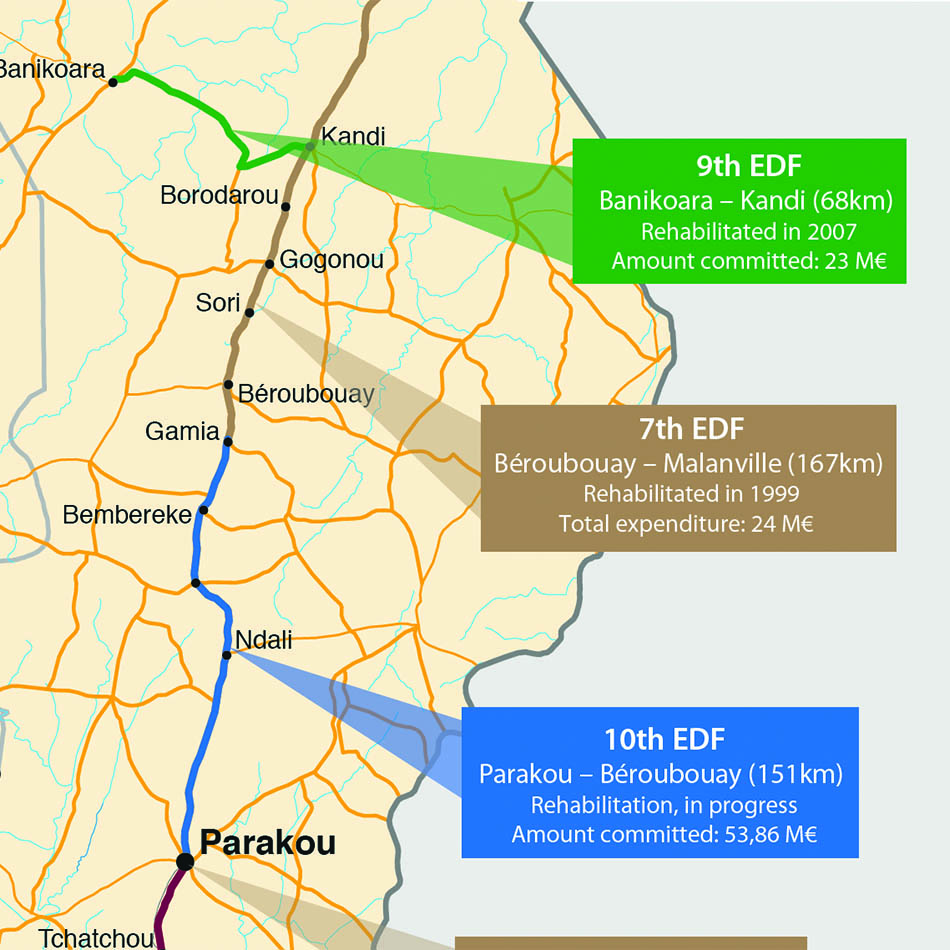 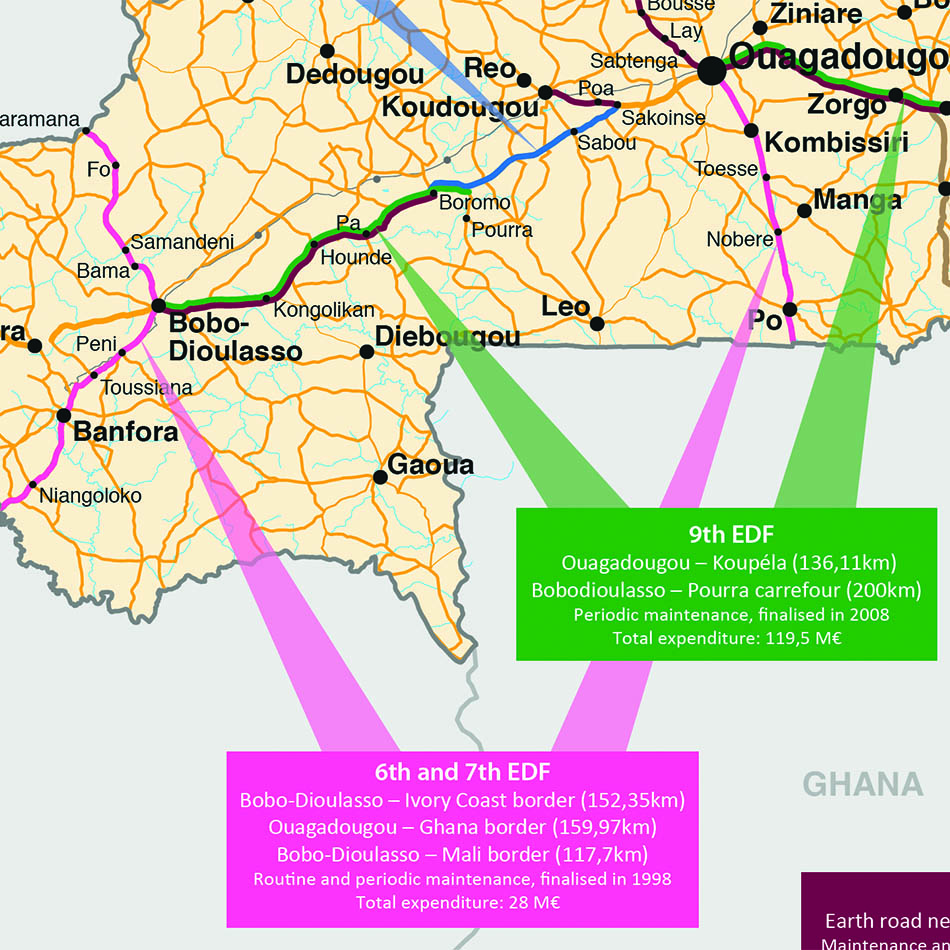