Frankfurt Book Fair is the biggest book fair in the world; every October thousands of publishers from around the world gather together to exhibit their new titles and to look at how to sell or license their content across different markets. Alongside the publishers are all of the supporting companies who offer complimentary services to the publishing industry such as book printing and book distribution. For 20+ years Lovell Johns has attended the fair to showcase the map making services and cartographic products we can offer and more recently we have focused on featuring our own products. We pre-arrange and schedule around 20-25 meetings over the three days to make sure we meet our main clients. In any free time we have, we try to look around the fair to see what other publishers are doing as well as dealing with any enquiries from people who come to our stand.

We flew out to Frankfurt around lunch time. We arrived at the hall at about 3pm ready to setup the stand; it was small so we were hoping it wouldn’t take us long, but as always it took us around 3 hours to get the stand looking how we wanted it to! It’s always quite chaotic on setup day as everyone is rushing around with boxes and panels trying to setup their own stands. The sound of unwrapping boxes or forklift trucks fills the halls and everything is a complete mess. It’s always a surprise… during the night it’s like a tidy-up fairy comes to visit, to clear away all the rubbish and put the carpets down to make the fair look brand new and ready to open.

We knew we had a pretty full day of meetings and had also invited lots of people to our stand at the end of the day to celebrate Lovell Johns 50th anniversary.

The fair was busy, or at least where we were seemed busier than last year and there seemed to be a positive vibe from everyone we talked to. We had a couple of off-stand meetings which went well and we had some good reactions and feedback on our new products. 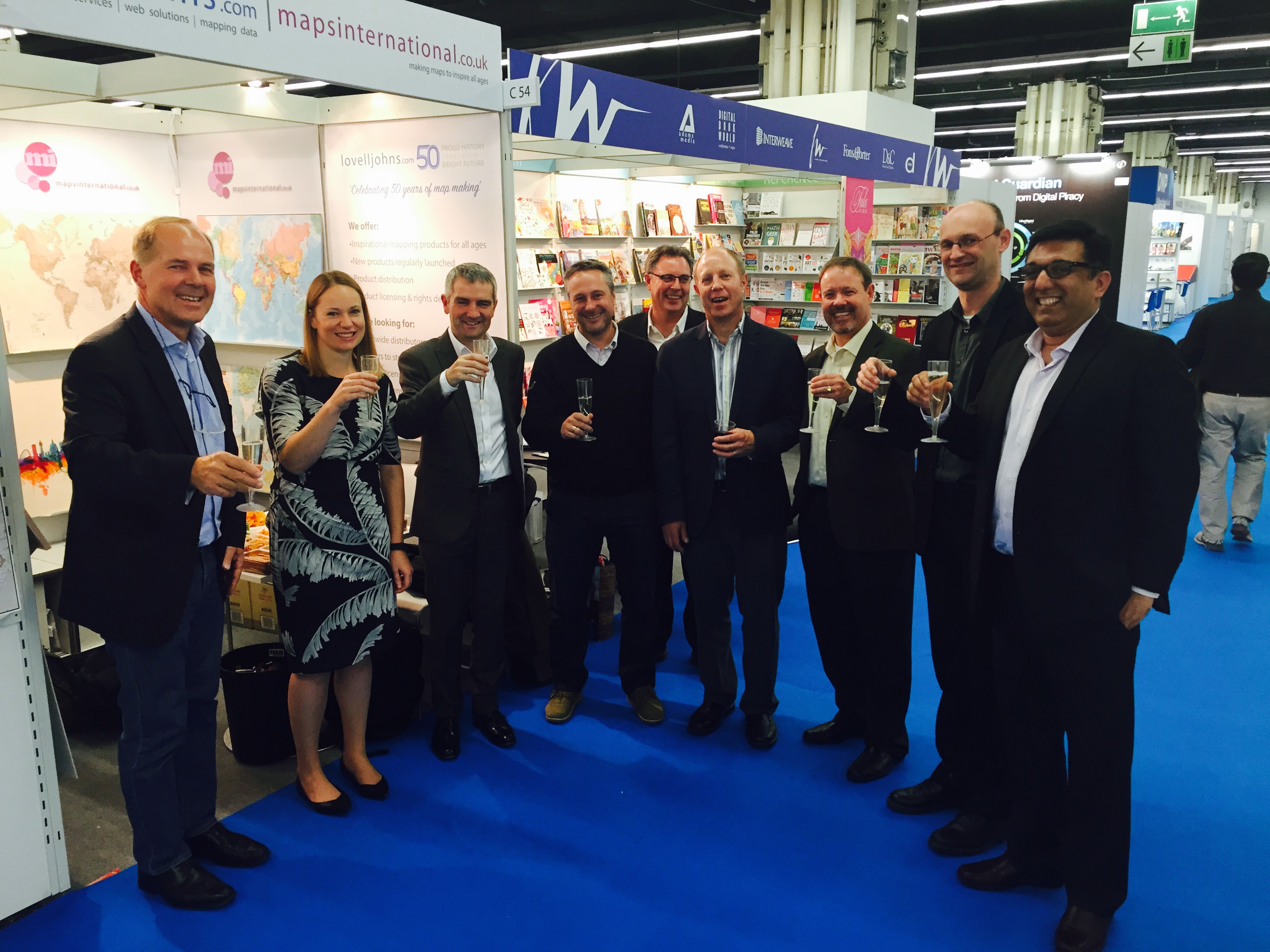 At 5pm we started getting ready for our Lovell Johns 50th Anniversary Stand Party. We had purchased some wine and nibbles and by lunch time the Book Fair people had brought this to our stand. We had invited quite a few friends and colleagues to the stand party. Each night there are a large number of stand parties in the halls organised by different publishers and also many companies organise evening dinners to take their clients out … so we had some competition! The stand party went well; we had a good selection of clients, mapping people and so on. A group of us left our stand and went for to an Indian restaurant for dinner. I think a good night was had by all!

This was another day full of meetings so we were at the stand early to make sure everything was clean and tidy. Luckily, the tidy-up fairy had been again and cleaned our stand! It was a busy day and by the end we were starting to flag a little so decided to have an early night.

Friday was our last full day of meetings. Again we had a lot of interesting enquiries from passing people who saw our maps. At the end of the day we went over to where some of the other mapping companies were based. The Russian cartographic companies were having a stand party and it was also the International Map Industry Association Dinner that evening. It was at a traditional German restaurant just out of town and they managed to squeeze around 30 mapping and cartographic people into their cellar

The Frankfurt Book Fair is primarily a trade show which means from Wednesday to Friday only the book trade is allowed into the fair. All of the meetings are with people associated with the industry, for example, other publishers, authors, etc. At the weekend, the fair is opened up to the general public and most of the trade meetings come to an end.

We were pleased with how the fair had gone, it was busier than the previous year and we had made some interesting new contacts. It’s now when the real work starts, where we have to follow up any potential leads or enquiries with samples and quotes for work.