London is one of the most mapped cities in the world, but just to show that there is always something new in the world of mapping, we have selected our 5 favourite illustrated maps of London: 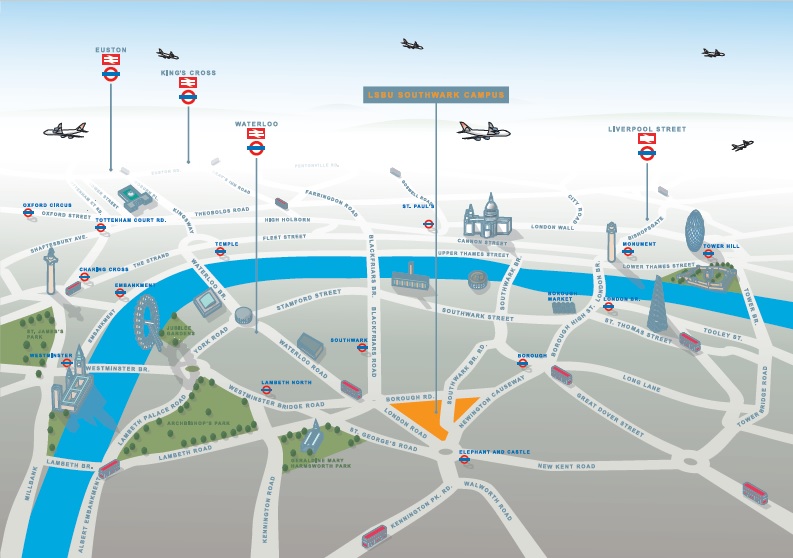 This is a simple map, designed to show the location of the University within London. It is clear and easily legible, and is highlighted with illustrations of key buildings, as well as some generic stylised icons associated with London, such as the double decker buses. Illustrated Map produced by Lovell Johns 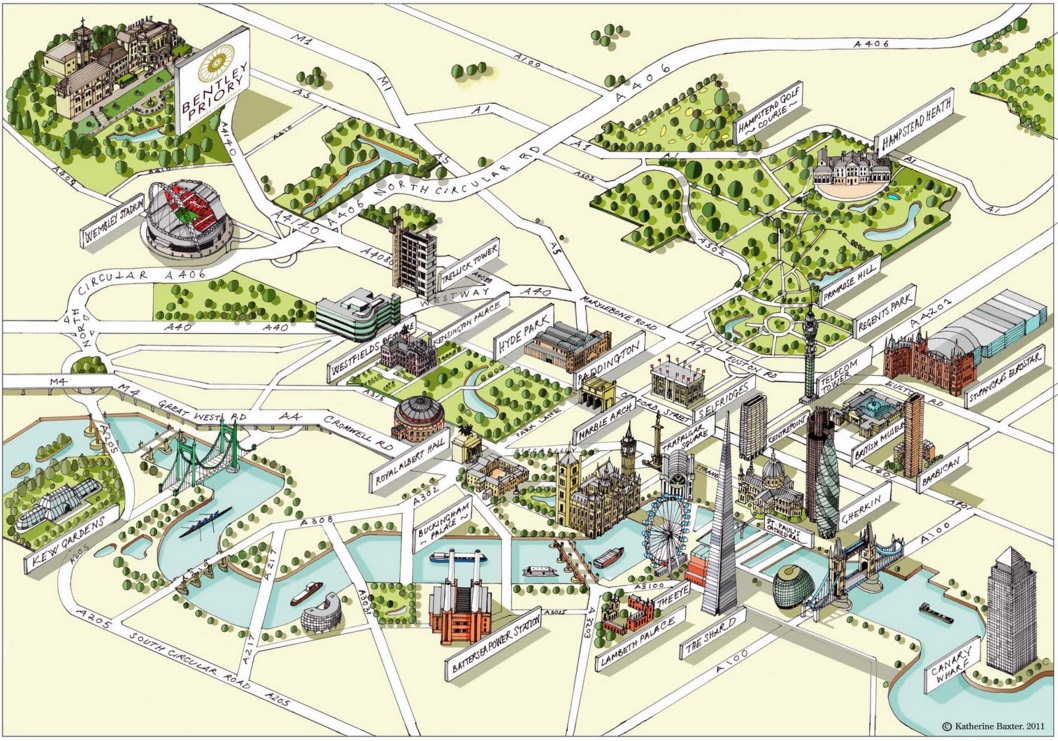 This illustrated map of London is by Katherine Baxter and shows many features in great detail. The base detail (River Thames, roads, etc) has been squared off and generalised to make the relevant detail more prominent. The use of hand-drawn text adds to the handmade feel of this illustrated map. katherinebaxter.blogspot.com 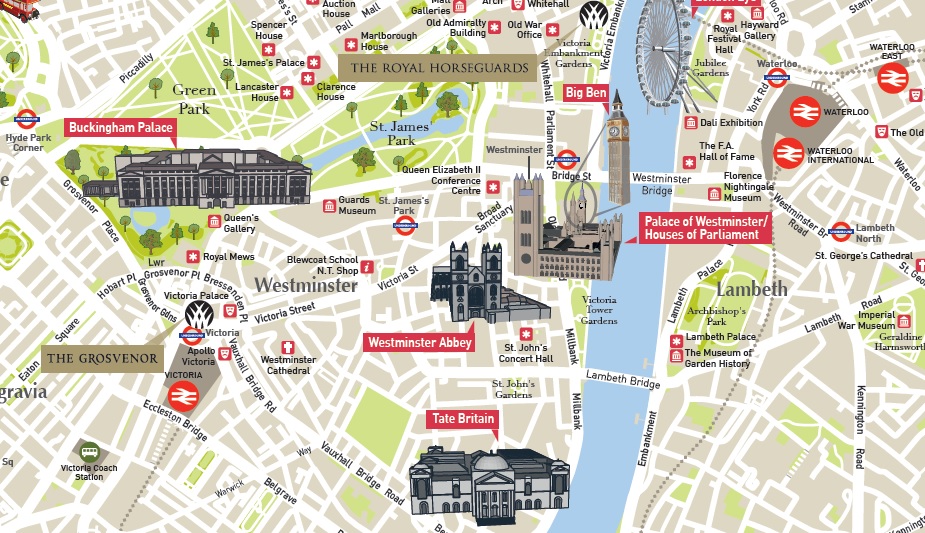 This illustrated map of London was designed by Lovell Johns to show a clear base map, with hotel locations and key buildings picked out as 3D icons. It is to show the relative position of the hotels with reference to primary tourist destinations in the city. The use of the corporate branding and colours of the hotel chain help to make this a unique map. 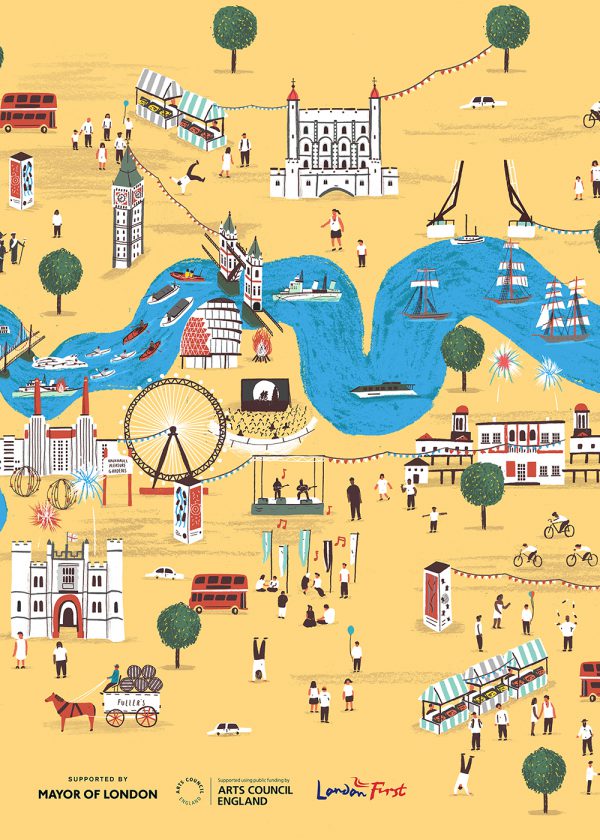 Using child-like illustrations of London landmarks, this illustrated map uses hand-drawn text and colourful pictures to create a simplistic but attractive image. The road layout is kept to a minimum but the River Thames is shown as a bold blue swathe across the map. www.alex-foster.com 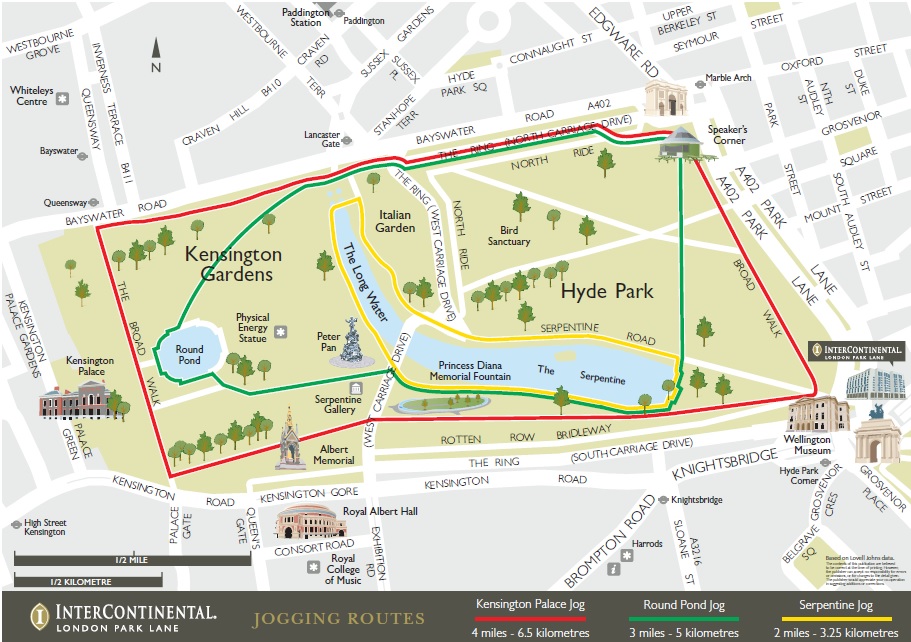 This map was commissioned from Lovell Johns by the Park Lane InterContinental Hotel for their guests to explore the local area for jogging or walking. It has a stylised street level base, with additional illustrated 3D buildings for wayfinding.