The process of map making has changed hugely in the last 50 years and many original skills are now obsolete.
However, it is always interesting to look back to the ‘good old days’ and see how a drawing office would operate before we were all sat at computers. This blog explores five items that are now no longer in use in the map making production process. 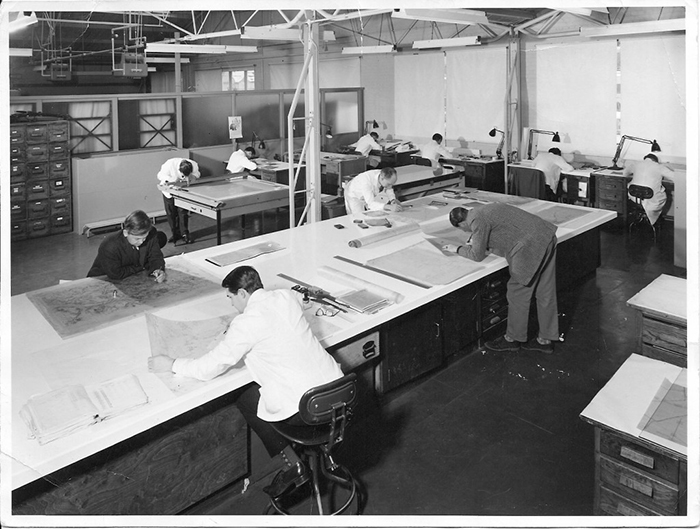 This involved the use of a three-legged tool with a precise, interchangeable point, usually made of industrial sapphire, which was used to engrave a line on a special material to create a negative for print. Any errors in linework would have to be corrected with a special fluid or a Rotring pen and the draughtsperson had to have a very steady hand to precisely follow the linework. 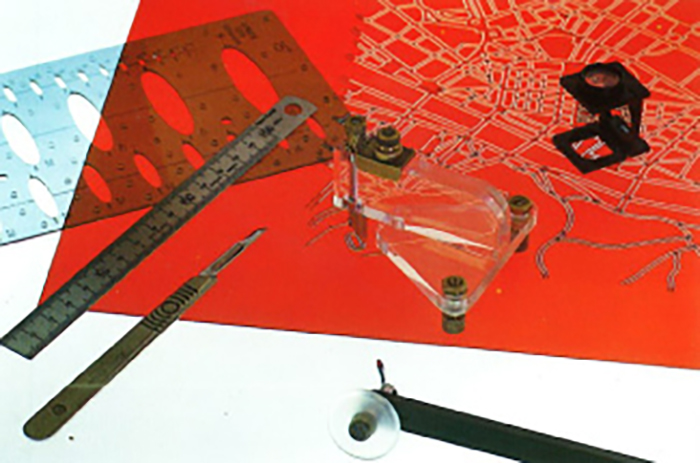 Every cartographic office had a dark room, where film was processed and negatives were exposed to make printing plates. Always marked with a red light outside the room, to indicate that the room was in darkness, repro staff would work in perpetual gloom and woe betide the person who accidentally opened the door!

Sheets of type on a removable film would be received from the typesetter and run through a machine, looking like a laminator, which was filled with melted wax and then transferred onto the film. Words on the sheet could then be cut individually and placed on the map sheet in position, then smoothed down with a ‘boner’ tool to remove the excess wax from behind the film. One of the perils of cartography in this era was finding a random word stuck to your arm at the end of the day and having to work out where it came from. 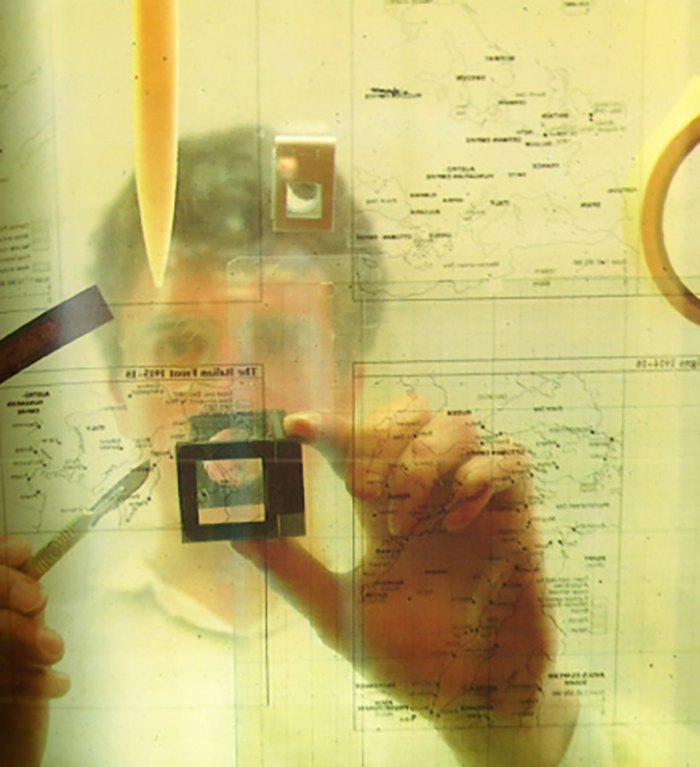 The processing of large pieces of film inevitably leaves some light spots on a negative, which had to be removed by ‘duffing’ out the holes in the black coating before printing plates could be made. This involved mixing up a thick solution to paint onto the negative, or, for the more modern, a red coloured pen. Many hours were spent hunched over a light table looking for light spots shining through. 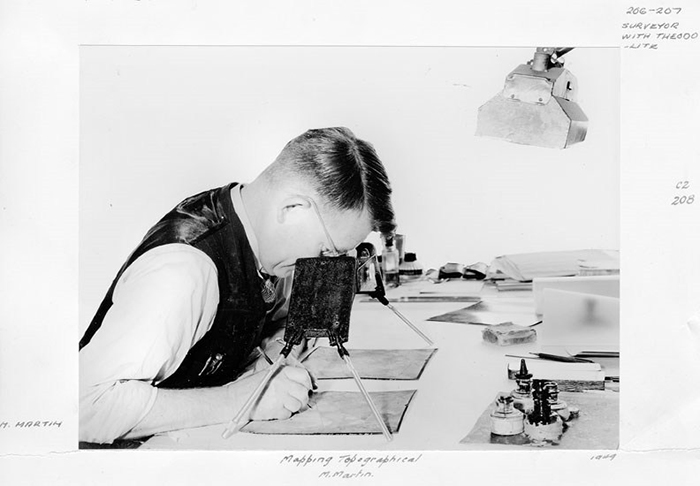 The staple piece of equipment for any cartographer, available with a variety of different nib sizes, these are ink pens giving a precise line. The finer the nib, the more frequently it became blocked and had to be stripped down to its component parts and flushed with water. The more stubborn blockage had to be dealt with in a small vibrating bowl to loosen the dried ink. Any decent cartographer will have a series of finger ‘tattoos’ where they have broken the skin with a nib.

So, the good old days of map making – messy, dark and fraught with hazards. Certainly very different to the clean, bright offices full of screens that we have today.