The Boy Who Drew Auschwitz tells the true story of a 15-year-old Jewish boy’s experiences at the concentration camp. Publishers Harper Collins required a set of four artistic maps to help support author Thomas Geve’s drawings of his time at Auschwitz-Birkenau and Buchenwald camps. The maps needed to be monochrome with a ‘hand-drawn’ linestyle.

Harper Collins approached Lovell Johns with a brief, referencing our maps created for a Penguin Random House project they had seen on our website. After consultation with the client, we used the supplied references and redrew the requested key points into four different maps and plans. We suggested scopes for the maps and supplied initial images to demonstrate the data sources available. We were in contact with the publishers throughout the process, and incorporated their ideas and scopes into the maps. Proofs were sent to the author and his recommendations were applied.

The book was published in January 2021 and has been described as ‘A stunning and profoundly moving book.’ The Boy Who Drew Auschwitz is available to purchase from the Harper Collins website, where you can also listen to an audio sample, as read by Mark Meadows. 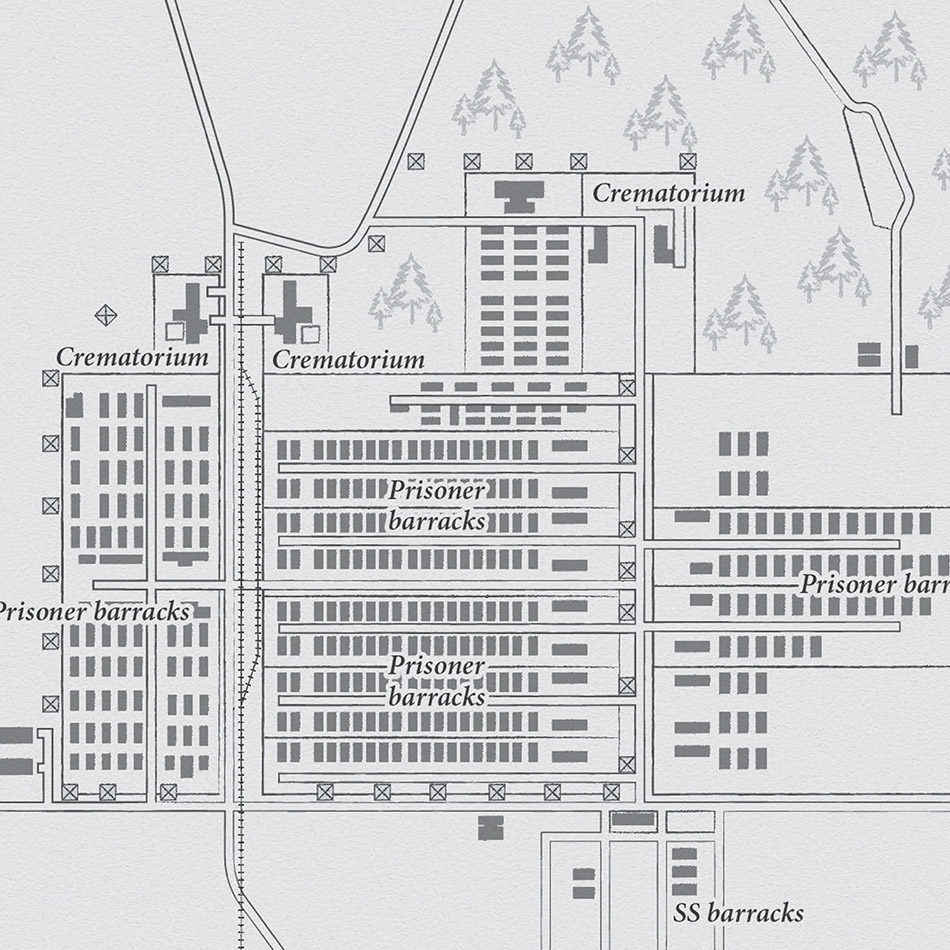 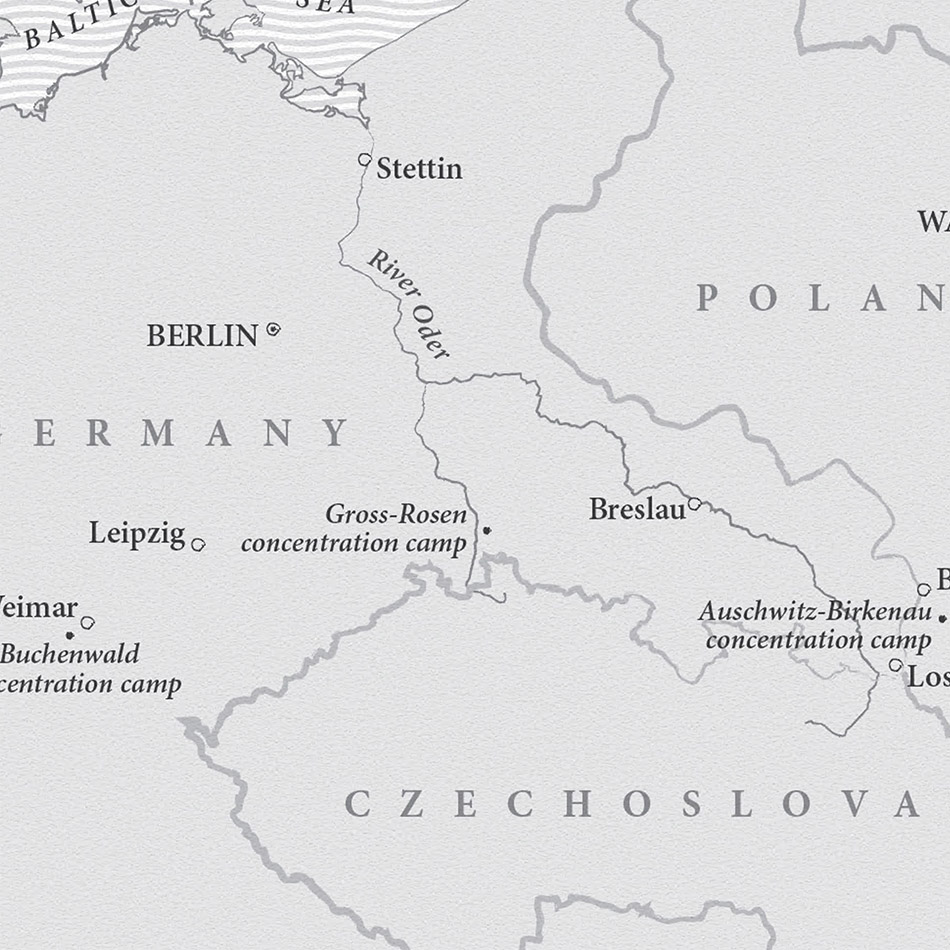 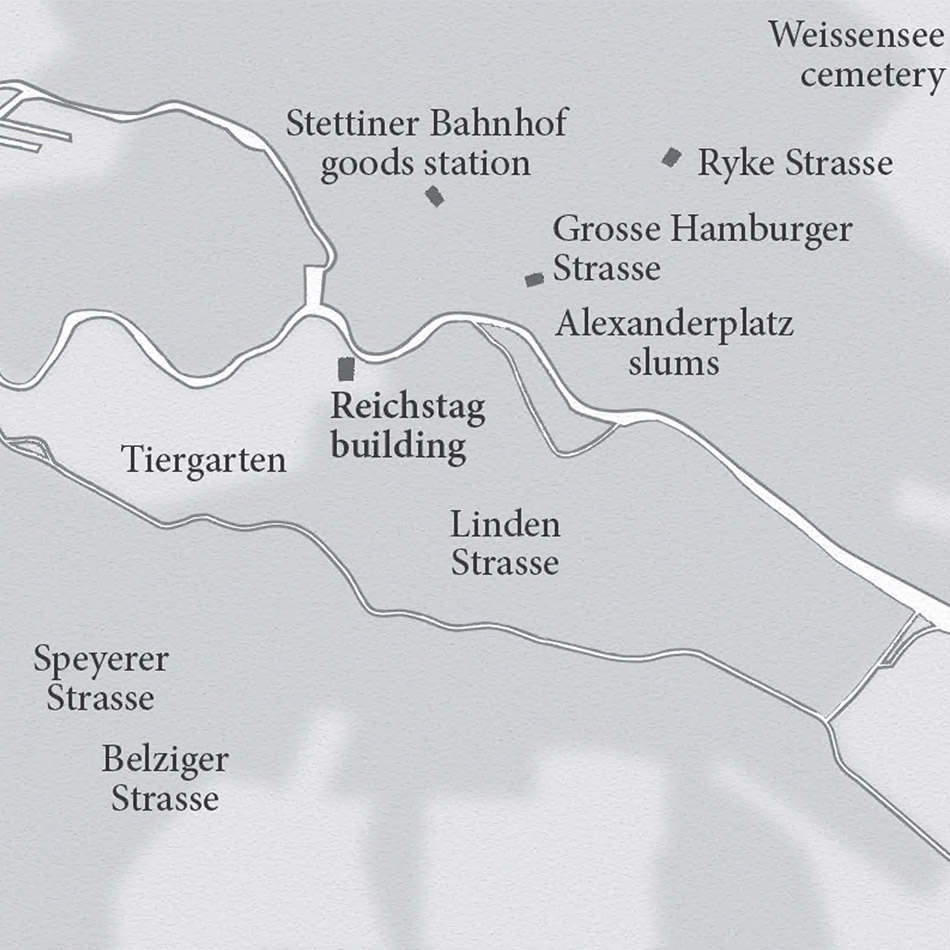 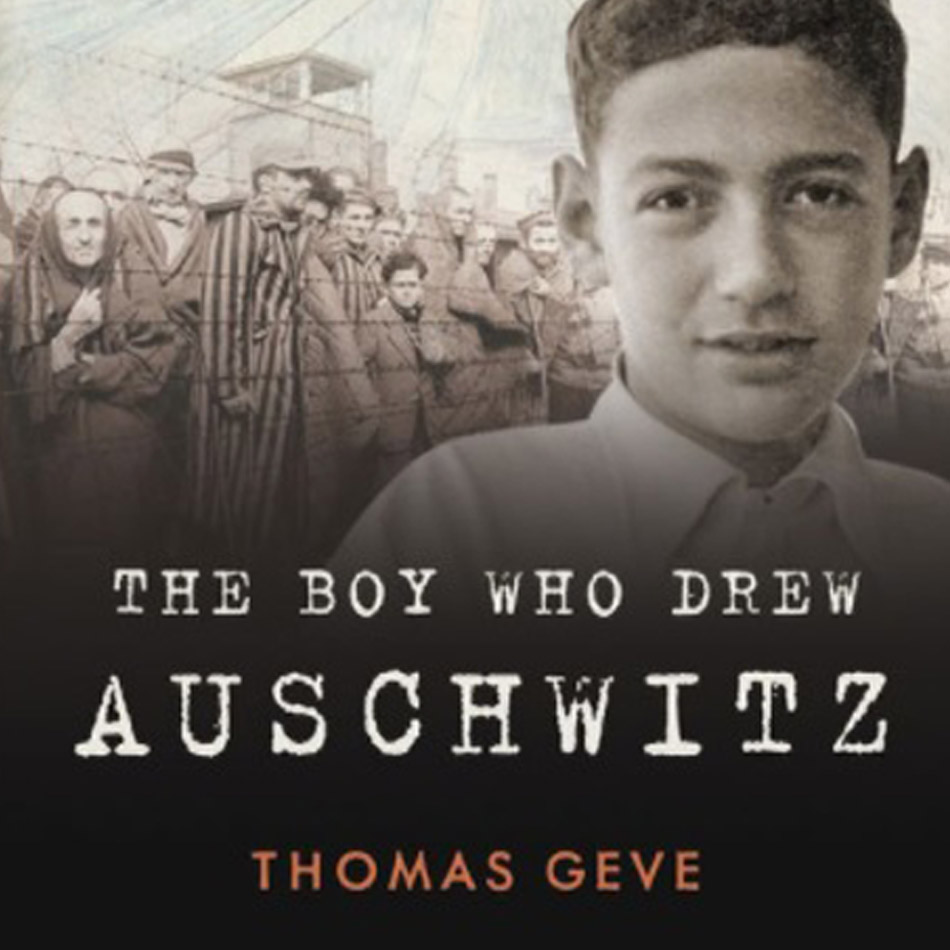